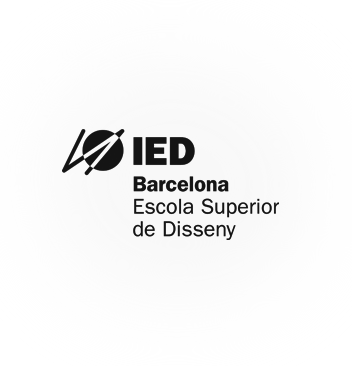 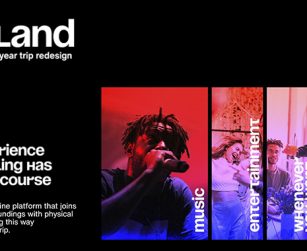 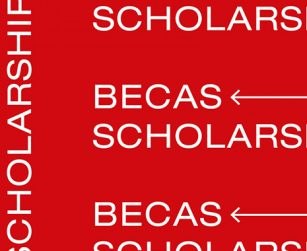 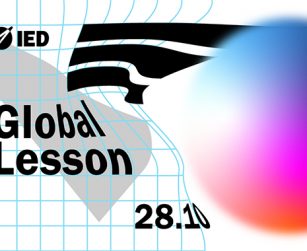 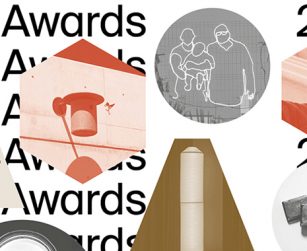 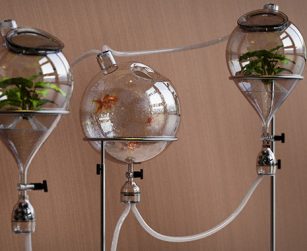 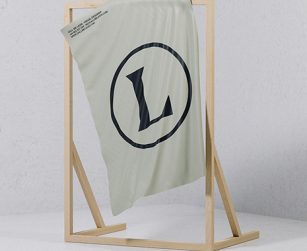 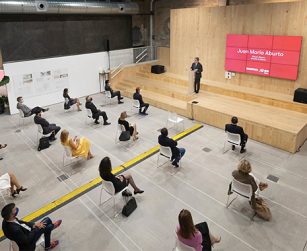 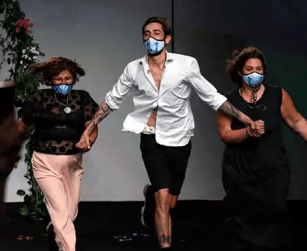 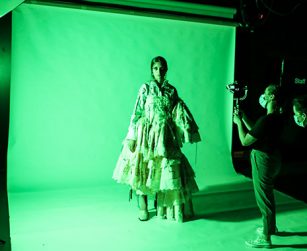 Master in Interior Design for Hotels and Gastronomic Spaces

The Master in Interior Design  for Hotels and Gastronomic Spaces provides the know-how and tools students will need to take care of projects for hotels, and restaurants , working in collaboration with real clients (Hotel W Barcelona, Hotel Majestic, Hotel Murmuri, Hotel Praktik Rambla, etc.) to gain first-hand experience and help them to succeed later in the working world.

The demand for interior designers specialising in hospitality has risen in the last few years. This is especially true in cities with significant tourist and cultural attractions, like Barcelona. With this in mind, the course programme includes outings to discover the city and its most relevant hospitality establishments, as well as visiting design studios and attending conferences, workshops and monographic talks.

The objectives of the course are to:

– Work on all the points related to interior design projects for the Hospitality sector: from the conceptualisation of the idea and the creation of the concept to the drawing up of the proposal, including the design of all the technological solutions (selection of materials, sustainability criteria, lighting technology, etc.).

– Explore creative solutions and make the design innovative from a critical, contemporary perspective. Offer research into the formal, functional and technical aspects that will allow the students to take a qualitative leap in their careers.

– Improve the students’ ability to communicate graphically by working on presenting projects based on drawings, renderings and models.

– Train the students to give oral presentations to a professional audience or a customer.

– Train the students to interact with different types of professionals from this sector.

– Help the students to acquire their own creative project methodology so that they can have a career in this area of design or in any other.

The Master in Interior Design emphasises the application of theoretical knowledge. All the different subjects are, therefore, practised while developing design projects. This method leads to a high degree of cohesion between theory and practice, and contributes to reaching viable conclusions from the viewpoint of construction and economics. The work process is therefore necessarily active and applied to the realities of the profession but, at the same time, the students are given the freedom to develop ideas, experiment and frame hypotheses.

Observation, analysis and experimentation form an essential part of the learning process. This is why both the theoretical classes and the projects are supported by visits and guided tours led by the Master’s instructors. In this way, the students have the opportunity to learn about the architectural setting and the interior design of Barcelona from professionals in the city. They also visit the studios of local designers, who open their doors to the students to share their professional experience and their vision of design.

– Professionals with a minimum of two years’ experience, with a degree in a discipline related to design, preferably architecture, interior design or industrial design, who wish to learn the tools needed to effectively tackle an interior design project for the hospitality sector, in the context of an increasingly competitive and ever-changing market.

– Professionals from other fields that are not purely design. In this case, however, the students must be aware that they must acquire, on their own, an adequate knowledge of spatial design, how to create the concepts applicable to the project and be able to handle contemporary digital graphics design software. The possibility of these students succeeding will depend on their empirical training process and their self-teaching abilities.

– In all cases, the students must submit a CV and a portfolio containing projects from both their academic and professional fields.

The Master develops the skills needed by designers. It offers the students a complete education, allowing them to tackle any kind of project related with the world of design. They will end their studies being able to propose, develop and implement new, innovative spaces in any area of design, even though the Master centres on interior design for hotels and gastronomic spaces.

This type of project, which has a strongly commercial nature, is closely related to brand image and branding, so that the students will acquire the knowledge that will allow them to focus their profession on this sector.

In any case, the Master prepares the students both to add value to interdisciplinary teams in architecture and interior design studios and to work independently in their own studios.

Their joint career started in 2010, with the design of the now emblematic restaurant Tickets and Ferran and Albert Adrià’s 41º cocktail bar. Since then they have produced a variety of projects, always related to the world of gastronomy, and their work has won numerous international design awards, such as the prestigious The Great Indoors Awards, FX International Award and the Best of the Year Award. Their projects have been published on web sites and in magazines in more than twenty countries.

She studied architecture between Barcelona and Berlin and completed the Master of Architecture, Art and Ephemeral Space at the Fundació UPC. In 2006, she was awarded with a shoolarship from Fundación La Caixa to carry out the Master in Advanced Architectural Design at Columbia University in New York, where she received, among other awards, the prestigious William Ware for Excellence in Design Prize .

Her professional experience as an architect includes collaborations in the Exhibition Design Department of the Guggenheim Museum in New York, the Studio Daniel Libeskind in Berlin or the ADD + Bailo Rull studio in Barcelona.

She is currently a founding partner of El Equipo Creativo, specialized in the creation of spaces for gastronomy. Her special interest in teaching has led her to collaborate in several design schools in Barcelona, as well as in the departments of Architecture at Barnard College and Columbia University in New York.

He completed his vocational training in carpentry in Germany before studying architecture in Kaiserslautern and in Barcelona.

During his years at the university he wins the German Prize for Building Construction in Wood, the European Solar Building Prize and the German Egon Eiermann Prize.

He collaborates as an architect with the EMBT studio, Enric Miralles and Benedetta Tagliabue in Barcelona, the ASTOC-Kees Christiaanse studio, Architects & Planners in Cologne and with the architect Xavier Claramunt in Barcelona.

Since 2003 he specializes in the design of gastronomic spaces. He has been an architecture consultant and responsible for the design of the kitchen for the ALICIA Foundation, an agro-food research and innovation center advised by Ferran Adrià.

Architect from the University of Navarra, develops his professional career in different cities, working in prestigious international studios, such as the Studio Daniel Libeskind (Berlin), MAP-Mateo arquitectes (Barcelona) or Jean Nouvel (Barcelona).

During his stay in New York collaborating in the studio Leven Betts, it is worth mentioning his participation as designer of several exhibitions for the Cooper Hewitt Smithsonian Design Museum, such as Piranessi as Designer, House Proud and Rococo: The Continuing Curve.

He is currently a member of El Equipo Creativo, where he specializes in the phases of research, conceptualization and visualization of projects.

So that the students can work on their Final Project for the Master (FPM) in a real-life situation in the labour market, we count on the cooperation of companies selected by the IED Master.

Master in Interior Design for Commercial Spaces and Retail 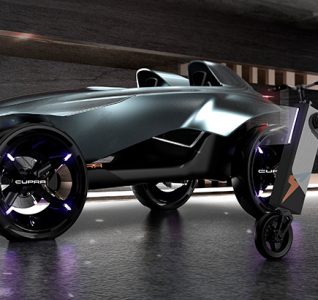 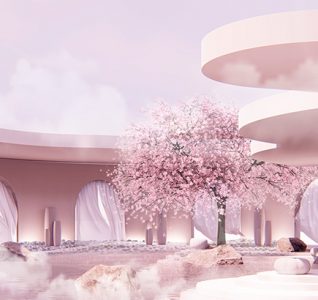 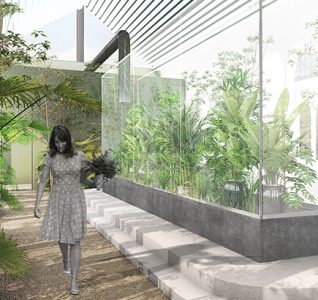 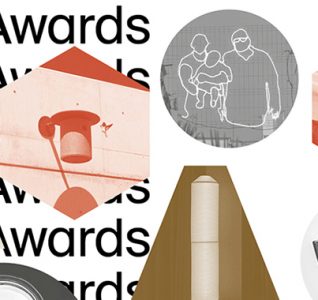 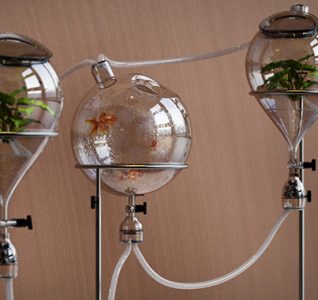